You are here:
Home > Your stories > Anne's Story

So where do i start…. Right at the beginning to set the scene for how it all ended! My mum was an amazing, a strong independent woman, who in the space of a year, 1965, lost her mum and dad to illness, her career ended and she gave birth to me, she was left alone in the world and then chose to take on the care and responsibility of her mentally and physically disabled brother as well without a second thought for herself….so the first journey began, mum gave all of herself to look after me and uncle Joe, 4 cleaning jobs to keep our heads above water financially whilst I was at school, i will admit it was grim at times, poverty, stress and constant anxiety with the caring role for her, it took its toll on her long term mental health, there were times me and mum would ‘escape’ by walking for miles until it was safe to come home when Joe had calmed down from a delirium.

This all took its toll on mum and at 8 years old i took on my first caring role as mum developed agoraphobia, uncle Joe was already housebound and i became mum…the roles reversed and my childhood changed. I will say at no time did i ever feel anything but love and warmth throughout my life, this was my normal and i had everything I needed i was given everything she had to help me flourish, and become the rounded and caring woman that i am today, she taught me to respect everyone equally and look after nature and the animal kingdom.

We had a wonderful family unit, it was all just so difficult at times but we formed an amazing bond that would last for eternity. Sadly uncle Joe passed away when i was 16. We began to flourish after the shock, I got a job, hobbies and friends, mum found friends i guess we were living for the first time and carefree… we were inseparable just like sisters, she met the love of her life again, they had parted when she was just 18, I met my now husband and life began…..

Fast forward to 2007, mum had married her sweetheart, sadly he passed away in 2002, but they had a nice if short life together, this was another long difficult caring role for all 3 of us until his passing. Mum and me began again to live a new era of both our lives along with my husband and his amazing support to us both. We lived across the road from each other, never far away from one another. We went on holidays, we partied and we had fun shopping days out, i stayed over a few nights a week to keep her company. My career was doing great, we were all safe, happy and content.

Then mum was diagnosed with heart failure, it was challenging and worrying but didn't have a huge impact, fast forward to 2011, mum often met me for lunch and one day at the office was the first sign of dementia, I met her but no usual hugs or smiles, she had bought me a random scarf and said I feel really odd Anne, I cant remember buying this or getting here… and so the dementia journey began.

It was so hard, month by month I lost another little bit of mum, she was aware of it at times, she would ask me will you think of me sometimes when I'm gone, or what's happening to me? She unknowing to me wrote me out 3 birthday cards for the years after she had gone...so very thoughtful and hard to do... Please don't put me in a home she would plead, I never would i promised, that promise got very difficult to keep but I managed it..... it all went downhill with many steps down, her heart condition got worse, her memory and anger management got worse, she had TIAs, hallucinations, we made memories though, day trips instead of holidays, I learnt to drive to get us around safely, there were days folk tutted at us in the supermarket at her behaviour, they had no idea that I was dealing with an adult version of an afraid and confused toddler, no idea mum was scared and confused, they judged us without knowledge of how we got to where we were.

Mums deliriums were increasing, she forgot my birthday, my name and was afraid of me at times as she didn't recognise me… I left my career and my life behind on hold , hubby looked after the pets and home whilst still working full time, I seen him for breakfast and dinner only. Our final 2 years of this wonderful life's journey began, I became her best friend, daughter and carer, I don't really like that title, I did this for and out of love, it never crossed my mind not to do it in part as repayment for the love I'd been given as a child and as an adult and also because she would have done it for me. She would throw her dinner at me often, we had lockdowns to stop her escape I'd sit in front of the door until the delirium passed and tea and biscuits would sooth another difficult evening.

She ended up in hospital due to a heart failure event, it was awful, they restrained her by sitting on her to sedate her, I took her home 3 days later against their wishes covered in bruises from head to toe, no understanding of a delirium due to unfamiliar surroundings no dignity… i will never know what she endured in that stay, but i nursed her back to health and we shared another 18mths together. I often had to call the police when I was out with her, she suddenly didn't recognise me, started screaming I was going to hurt her, where's Anne? she would call out...

We need better government support, financial support, quicker decisions on self directed care funding, NHS awareness on dealing with dignity with dementia patients and palliative care packages put in place at diagnosis to walk with you and the dementia patient on this journey as they rightly do currently for cancer patients.

Carers, current and former please look after yourselves, remember what an amazing job you have done, and how much our loved ones appreciated it, they just didn't have the words to express it at times.

We need better government support, financial support, quicker decisions on self directed care funding, NHS awareness on dealing with dignity with dementia patients and palliative care packages put in place at diagnosis to walk with you and the dementia patient on this journey as they rightly do currently for cancer patients. 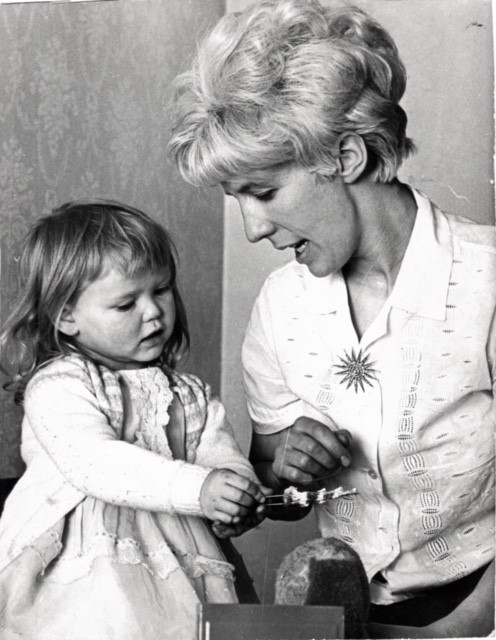 Back to Your stories

© 2022 TIDE - Together In Dementia Everyday All Rights Reserved.