You are here:
Home > Latest news > One in Four Across England Provide Support for Someone with Dementia

One in Four Across England Provide Support for Someone with Dementia

ONE IN FOUR ACROSS ENGLAND PROVIDE SUPPORT FOR SOMEONE LIVING WITH ALZHEIMER’S DISEASE OR DEMENTIA, ACCORDING TO A NEW SURVEY

Welwyn Garden City, 25 August 2022 – A new survey which polled 4,027 across England has found that one in four people are supporting someone living with Alzheimer’s disease or another form of dementia by; providing company or someone to talk to (54%), helping with shopping and meal preparation (33%), house cleaning/maintenance (29%) and contacting healthcare professionals (27%).1 These were the results of the ‘Keeping Alzheimer’s Front of Mind’ survey which was funded by Roche Products Ltd in partnership with the charity, together in dementia everyday (tide).

The survey also found that those aged 18-34 (28%) and in the Asian (34%) and Black (29%) community were more likely to be giving some form of support. It also revealed that 44% of those surveyed either know, live with or are a carer for someone that has been diagnosed with Alzheimer's or another form of dementia.1

When examining public understanding of Alzheimer’s disease, the survey results also reveal that:1

When it came to looking at the nation’s attitudes to diagnosis, the survey found:1

“At tide, we see a lot of ‘secondary carers’ – those who don’t classify themselves as carers, but who do provide support for people living with these conditions. So, the impact on the nation is actually much broader than people often first realise.” said Sam Bolam, Chief Executive, together in dementia everyday (tide). “It is also often the people closest to us who detect that dementia might be an issue. Once concerns are reported, the person with dementia and their carers need access to an accurate diagnosis, followed by a clear treatment and management pathway. These findings show there is still a lot of fear and misunderstanding surrounding the disease, but it is vital that people who are concerned about dementia speak to their GP if they see symptoms in themselves, or in friends or family members. As with any disease, the earlier Alzheimer's or another form of dementia is diagnosed, the better it can be managed in the long run.”

Claire Jarvis, Alzheimer’s Disease Lead, Roche Products Ltd, said: “Alzheimer’s disease is one of the biggest healthcare crises facing our society today, and its impact will continue to grow. It is imperative that those affected receive a timely and accurate diagnosis, to enable them to manage their condition as effectively as possible. What’s more we need more investment in the Alzheimer’s disease pathway across research, diagnosis and care to ensure a better future for everyone touched by this disease.”

Around 944,000 people are estimated to be living with Alzheimer's or another form of dementia in the UK[2] and this is projected to increase to around 1.6 million by 2040[3]. A report from Roche recently suggested there are currently 325,000 people in England with the condition undiagnosed.[4]

[1] Yonder-Roche Alzheimer’s survey 2022. Understanding the impact of Alzheimer’s and other forms of dementia Roche UK. Data on File M-GB-00006853

[3] The London School of Economics and Political Science. Projections of older people living with dementia and costs of dementia care in the United Kingdom, 2019–2040. Available from: https://www.lse.ac.uk/cpec/assets/documents/cpec-working-paper-5.pdf. (Accessed July 2022)

Keep up to date with the Front of Mind campaign raising awareness of the issues faced by people with dementia and their carers. 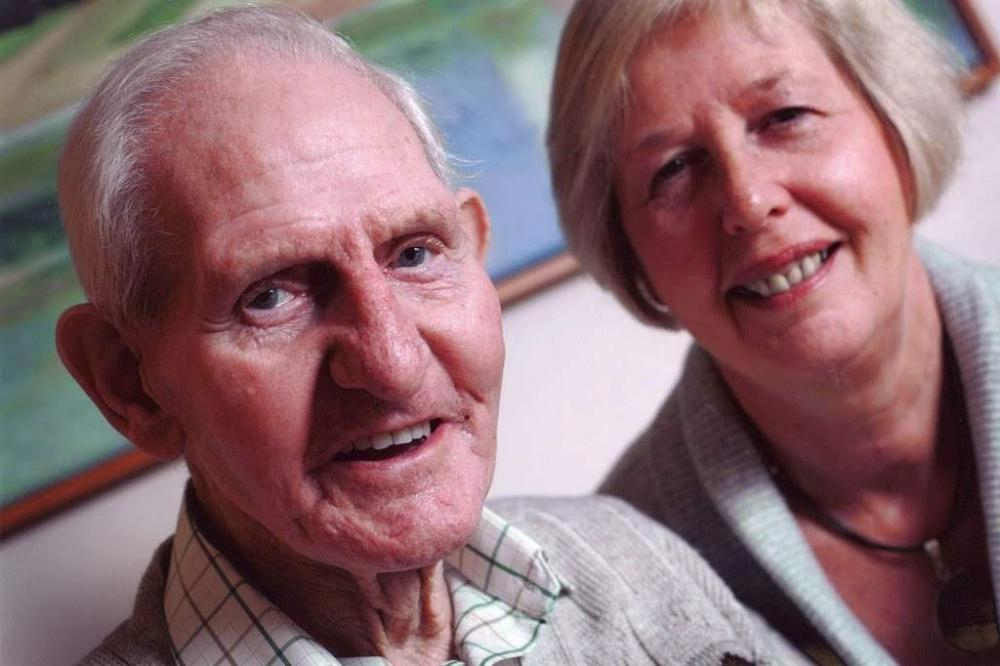 Founder and Patron, Jean, with her father, George