You are here:
Home > Latest news > tide Members Share Their Experiences at Parliament 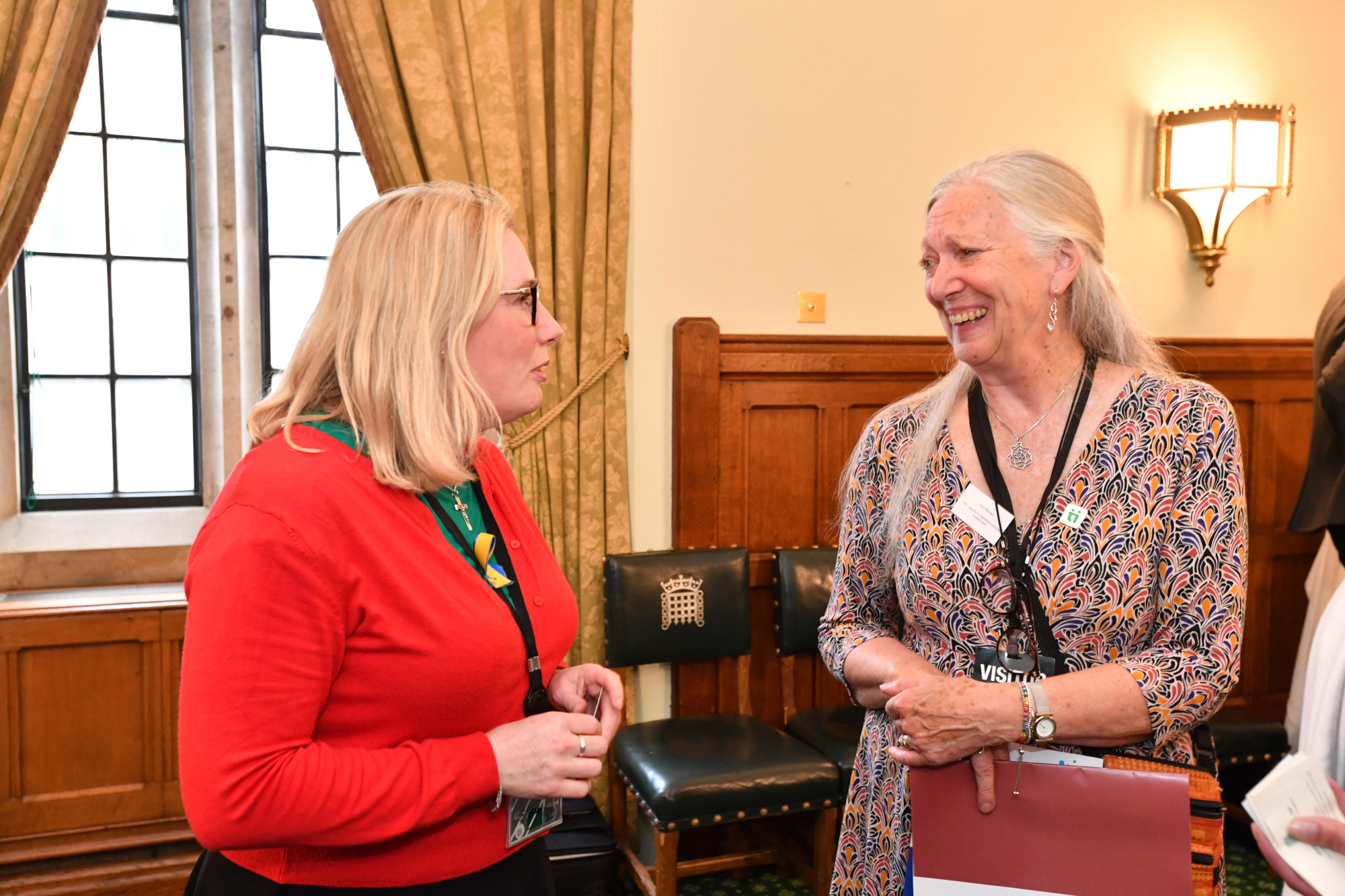 Front of Mind is our joint campaign with Roche which seeks to improve the lives of people affected by dementia by increasing diagnosis rates and creating a proper dementia path-way. To raise awareness of the campaign and gather support from MPs we hosted a parliamentary event on June 7th 2022. Five tide members joined at the parliamentary event; Roger Kay, Kathleen Coleman, Katey Twyford, Mary Mitchell and Janis Cottee.

We were delighted that these 5 carers were able to join us and represent tide and the interests of those affected by dementia. We believe carers are experts by experience and, as such, deserve to have a say in the policies that affect them.

We asked 5 carers to speak a little about their experience coming to Westminster with tide. We understand the idea of approaching MPs or campaigning can be intimidating at first. But carers deserve to have their voice heard and an equal seat at the table.

"I felt it was a privilege to be invited to the event in my capacity as a former carer and it gave me an insight into how these meetings function. I was very impressed by the organisation and it seemed to run very smoothly with a good attendance by the MP’s. Not many names were familiar to me but I enjoyed the opportunity to mingle and speak with  the MP’s and also meeting representatives from other organisations present. It was good to meet up with other Tide members and staff and I feel I have made some new connections. After losing my husband in January I was stepping back a bit from anything connected to dementia but this has encouraged me to get more involved again, to help carers to get the recognition and support needed at an earlier stage." says Kathleen, former carer for her husband. 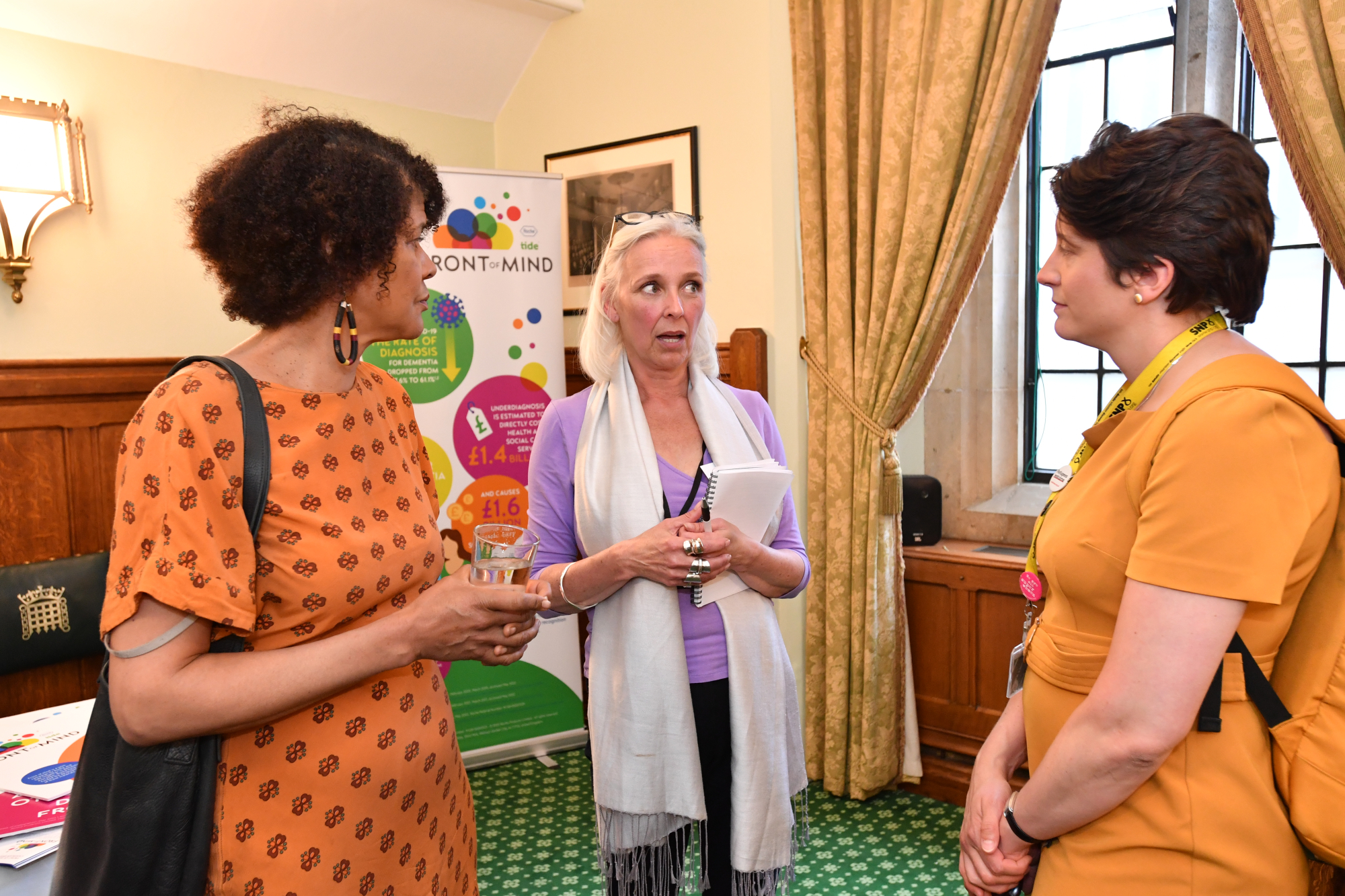 "I felt surprisingly comfortable. I think that was partly we all went in a group and were briefed and guided by Roche and Incisive Health but also, in a previous existence, I was used to attending meetings and conferences and interacting with others, sometimes quite eminent. The MPs I spoke to were all friendly and down to earth and helpful." says Roger, tide Vice Chair and current carer for his wife.

"I thought it was a very successful event. I liked that it was informal, with food and drink available which I think led to a relaxed atmosphere. I was very impressed by the turnout of MP’s! " says Janis, former carer for her husband with early-onset dementia.

We feel it's so important to involve current and former carers in events such as this. It's vital we value their lived experience. Policy-makers have such insight to be gained from listening to carers about their thoughts, feelings and experiences.

"People need to hear authentic stories and that each one is different," says Roger.

"Far too much time and money in the past has been wasted on schemes and services that were unsuccessful because of the lack of involvement of those who actually used them. Family carer’s have lived experience, so they know what they’re talking about." says Janis 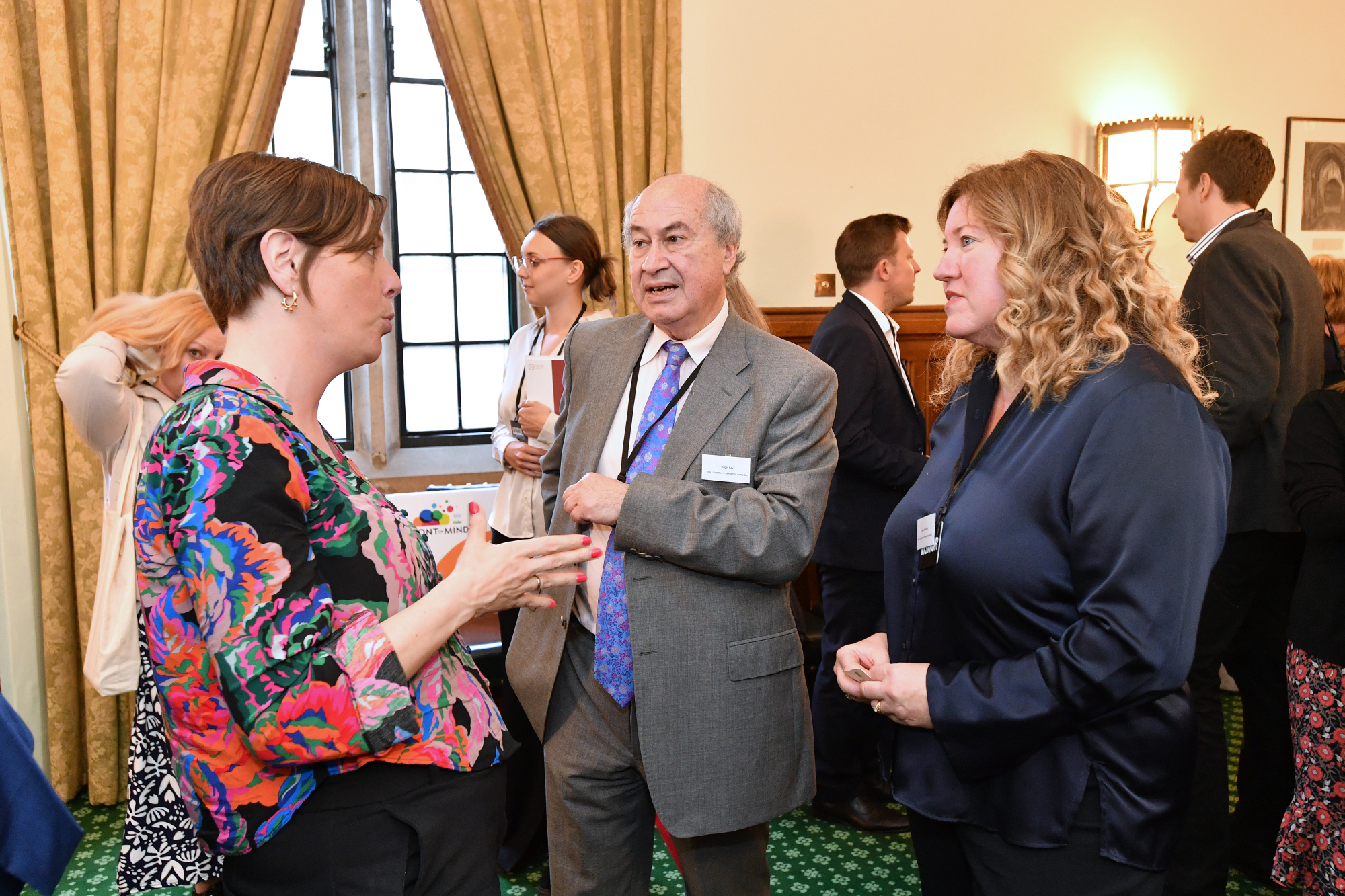 We hope the Front of Mind campaign can make real change to the lives of those affected by dementia. We feel that the parliamentary event was a great indication that MPs recognise we need real change to dementia policy and practice in order to truly value unpaid carers. We asked the 5 carers what outcomes they want to see from this campaign.

"More public awareness of tide. Some signs of meaningful political engagement to improve diagnosis time and levels and the beginning of a nationwide network of support post-diagnosis to deal with things holistically." says Roger.

Making real change at a political and systemic level can seem daunting and even impossible at times. But, our voices are stronger together. If you or someone you know is affected by dementia then join us. With your help, we believe this campaign can initiate the changes we want to see in policy and practice and keep those affected by dementia Front of Mind. Share this campaign, join our network and help us work towards a better future for carers of people with dementia.

Do you believe in providing better support and services for people affected by dementia and their carers? Then support the Front of Mind campaign by sharing on social networks! (Share buttons are at the bottom of the page!)

© 2022 TIDE - Together In Dementia Everyday All Rights Reserved.